What effect will the U.S Trade policies have on the cost and supply of spare parts?

Donald Trump can never be accused of being conventional. To confound his numerous critics the US economy is growing significantly. He emerged from his significant talks with Jean-Cluade Juncker saying a trade deal had been struck. The European Stock market rose like a helium balloon and everyone smiled in the hot summer sunshine.

When the president tweets that “tariffs are the greatest” you have to look behind the smiles and wonder if Trump will ever roll over and concede when it comes to the US trade deficit figures. Yes, Juncker can promise the E.U will buy more liquefied gas and soya beans (sure there is a link somewhere!) but private business can please themselves, unlike China where everyone needs to tow government line. Will these agreed purchases make much of a difference to a US trade deficit in goods figure that is over $810 billion? Probably not; however, the US economy has seen more than green shoots of recovery. The number of jobs has risen. Even a steel works in Illinois is re-opening and creating another 800 jobs. You can see a re-election on the distant horizon. 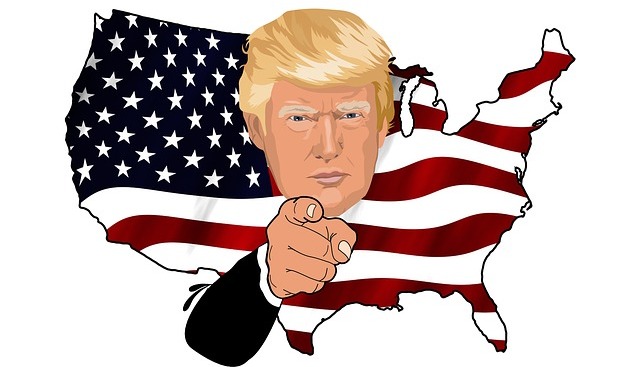 But what will tariffs mean for the spare parts market?

The problem is Trump has still maintained his steel and aluminium tariffs. In fact steel is at 25% and aluminium 10%. This hurts and it’s not just Europe that is smarting. Japan and Canada are affected too. Trump has said that both Europe and the U.S want to resolve the issue. Yet bringing U.S blue-collar workers back into jobs was one of his key election promises. Therefore you might think he is unlikely to budge very much, if at all. This will inevitably hit the spare parts market.

Republicans in the U.S have been critical too. Paul Ryan, their leader in the House of Representatives said earlier in 2018 (this) action targets America’s allies when we should be working with them to address the unfair trading practices of countries like China’. However, there is a slight chink of blue sky for the UK. Matthew Lynn of the Daily Telegraph stated: ‘We actually export very little steel and aluminium so these tariffs are unlikely to do much damage.’ On the other hand, Gareth Stace, the director of industry group, UK Steel, suggested these tariffs “would have a profound and detrimental impact” on the UK steel sector’ as it is still experiencing a fragile period of recovery. Stock markets will inevitably be impacted especially if we see the beginning of a trade war.

“The sector is in the midst of a fragile recovery following years of considerable turmoil, it would be utterly devastating if this were to be undermined,” Stace said when he spoke to Sky News.

After ten years nursing the world’s markets back to health from the financial crash of 2008, “a trade war is the last thing the global economy needs right now,” Lynn stated. The problem is that Trump writes his own negotiating rules and takes people by surprise. He often starts circumspectly on trade then puts the boot in. We can only surmise that things will inevitably change. Are we likely to see the cost of spare parts plummet? Mr Trump is actually initiating a trade war with the pretense of protecting the US economy. This will have effects on the supply and cost of spare parts on a global level.

But could there be a silver lining to the grey clouds of a trade war!

In the end the trade tariffs are designed to increase the cost of importing goods, service and commodities into the US and to “protect” US jobs. And it is the US versus the rest of the world. We don’t have a figure for the amount of parts manufactured in the US and imported into the UK, but lets face it, how often do you see the “Made In The USA” stamp?

It is unlikely Mr Trumps trade policies will have much of a negative impact on the supply of spare parts outside of the US. The silver lining may show itself to be the countries that do supply the US market will find they have spare capacity that could reduce the costs of the parts to other countries as they try to claw back lost sales.

These are turbulent times and there are no guarantees, especially where the US president is concerned!